We bridge the gap to economically feasible fuel ethanol from Nordic renewable and sustainable forest-based residues.

Our objective is to further develop and optimize the novel CoRyFee fermentation concept for lignocellulosic ethanol production and demonstrate its feasibility in a near-industrial scale. Being feedstock-agnostic, the technology will enable use of soft-and hardwood, feedstocks that cannot currently be effectively utilized by any available technology.

Three Nordic companies have come together for the NewLiEP project to help answer the demand for more sustainable fuels in the transportation sector, which is still heavily reliant on fossil fuels. We will prepare the concept for commercialization through the involvement of potential customer and introduce to the market an economically feasible concept for sustainable fuel ethanol production.

The CoRyFee concept takes advantage of a newly developed fermentation monitoring and control strategy, which makes it possible to keep the fermentation conditions at a “sweet spot”, thus allowing for optimal ethanol productivity and increased yields. In addition, the fermentation can be performed in continuous operation without fresh addition of yeast after the initial inoculum has been added to start the fermentation process.

Terranol A/S is a Danish industrial biotechnology company providing yeast strains and fermentation technology for the 2G bioethanol industry and extensive assistance when it comes to implementing into large-scale production processes. Competencies in process up scaling has been demonstrated from 2L and up to 270.000L scale with results and performance that closely resemble each other.

Kanteleen Voima is a Finnish electricity producer established in 2006 and owned by Finnish energy companies. Kanteleen operates a power plant at Haapavesi which currently uses peat as main fuel. The company is planning to invest in a bioethanol plant, project Nordfuel, with an annual output of 65.000 tonnes of ethanol converting renewable and sustainable forest-based residues to ethanol.

SEKAB E-Technology AB is one of Europe´s leading ethanol players and is responsible for the operation of the Biorefinery Demo Plant in Örnsköldsvik, Sweden. SEKAB E-Technology has developed certain know-how, patents, processes and proprietary technologies for the production of fermentable sugars, lignin and ethanol from a variety of lignocellulosic biomass under the technology platform called CelluAPP®.

This project has received funding from the European Union’s Horizon 2020 Research and Innovation programme under grant agreement No 869879.

Trials in the Biorefinery Demo Plant in Örnsköldsvik, Sweden completed

By combining CelluApp for processing biomass and the CoRyFee fermentation concept on woody materials it has been demonstrated that the overall bioethanol production process can be successfully applied in an industrial and commercial context. A video is released:

The NewLiEP project has released a pamphlet for download.

Fermentation trials on woody materials from Kanteleen Voima pre-treated and enzymatically hydrolysed by SEKAB have been conducted by Terranol. 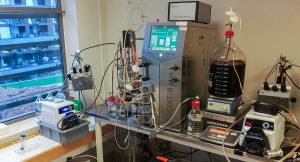 The complete CoRyFee setup in lab-scale. 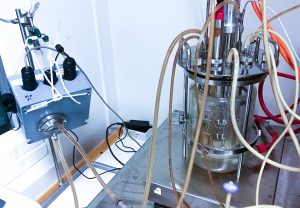 The RI detector – an essential part of the CoRyFee. 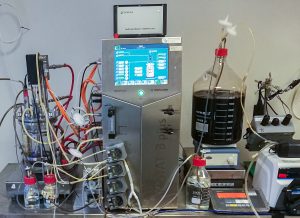 The fermenter and feed-bottle setup in the lab.

First pre-treatments and hydrolysis trials on woody material from Kanteleen Voima have been conducted by SEKAB in the Biorefinery Demo Plant (BDP) in Örnsköldsvik, Sweden. 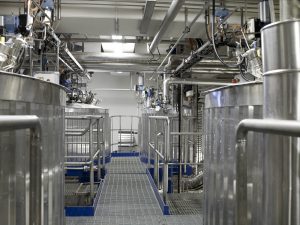 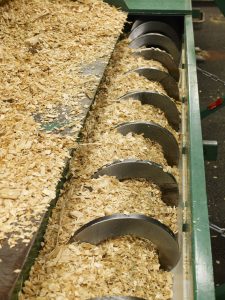 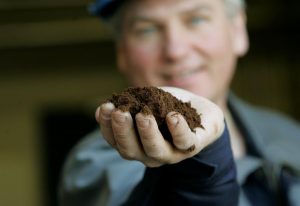 Various pre-treatments with dilute acid and steam have been performed on forestry and sawmilling material. Hereby, sugars are released from hemicellulose and cellulose is made accessible for the subsequent enzymatic hydrolysis. Both separate fractions and mixtures have been investigated and efficiencies and differences evaluated.

The truck was loaded with approx. 37 tons sawdust-wood chips mixture: sawdust, sawmill chips, delimbed stem wood chips, whole tree chips and forest residues chips. Chosen raw materials were collected around the planned biorefinery site and chipped into adequate size of chips. Next, mixing of the chips was done, loaded in the truck and shipped to Örnsköldsvik. Moisture and chemical composition analyses were conducted.

In an EU funded project, a consortium consisting of Terranol (DEN), SEKAB (SWE), and Kanteleen Voima (FIN) have joined forces to introduce to market an economically feasible concept for sustainable fuel ethanol production from softwood and hardwood, feedstock currently not effectively utilized by any commercially available technology.